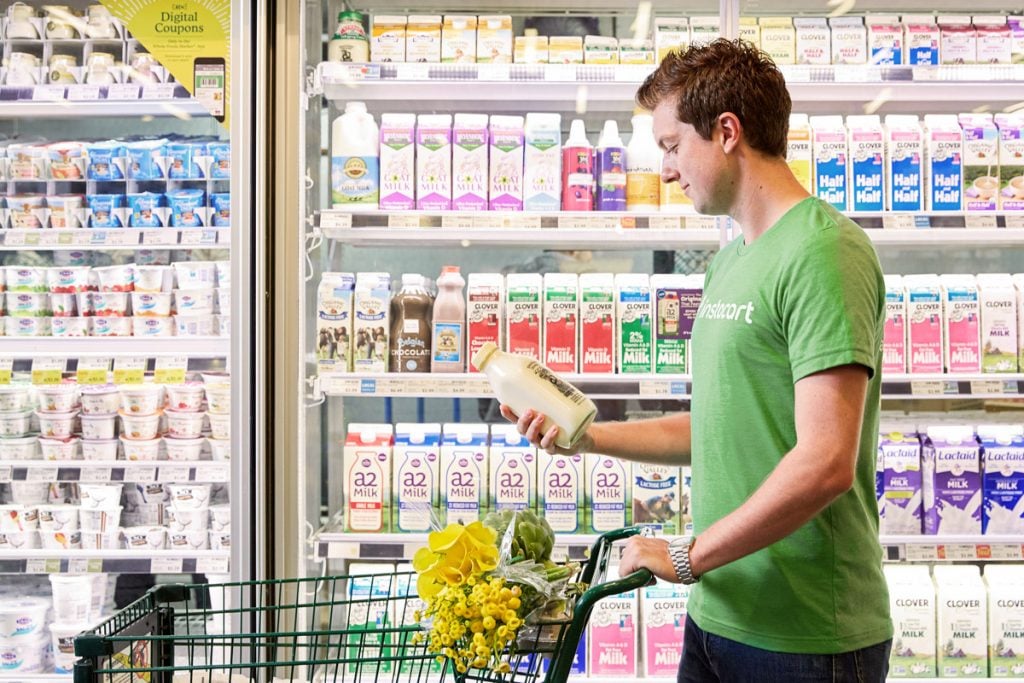 To bookend 2020, Instacart is giving out holiday bonuses to its most active shoppers — a welcome cash infusion in a year that has taken a heavy toll on the incomes of many Americans.

If you shop for Instacart, you may have received an email outlining your eligibility for a bonus of up to $500 depending on your number of orders completed or hours worked. Not all eligible shoppers received the email, however.

“Eligible shoppers can expect to receive this bonus as a ‘shopper bump’ in the Earnings section of your Shopper app in the coming week,” Instacart told shoppers in an email obtained by The Penny Hoarder.

But Instacart’s support team told some shoppers they received that email in error, while others were told the promotion is legitimate. Shoppers turned to online Instacart advice groups to air their confusion and frustration with the mixed messaging.

If you’re one of the hundreds of thousands of shoppers whom Instacart has relied on throughout the pandemic, it may be difficult to suss out exactly what’s going on.

The Penny Hoarder reached out to Instacart for clarification about the holiday bonus. Here’s what you need to know.

An Instacart spokesperson confirmed the holiday bonus program and explained the eligibility criteria to receive a bonus between $50 and $500.

“In-store shoppers and shift leads, as well as full-service shoppers” are eligible, the spokesperson said, noting the criteria — and when you will receive notification — varies based on your role.

Full-service shoppers — the gig workers who shop for and deliver the orders — must have completed 200 orders in the last year and at least 10 orders between Nov. 9 and Dec. 9, to qualify.

The bonus works differently if you’re an in-store shopper, meaning you are embedded in the grocery store and only prepare the orders — not deliver them.

“For in-store shoppers, the bonus amount will be based on the amount of hours worked on average over the past month [Nov. 9 to Dec. 9],” the spokesperson said. “Any in-store shopper who has worked at least one hour in the four weeks prior to the announcement is eligible to receive the bonus.”

Instacart plans to alert in-store shoppers of the bonus the week of Dec. 20.

“If an in-store shopper is eligible, they’ll receive an email next week notifying them of the amount of their bonus, which they will receive in their usual paycheck,” the spokesperson said in an email to The Penny Hoarder on Dec. 16.

Adam Hardy is a staff writer at The Penny Hoarder. He covers the gig economy, remote work and other unique ways to make money. Read his ​latest articles here, or say hello on Twitter @hardyjournalism.